I was after a cheap high resolution camera/sensor that could easily be adapted to full spectrum sensitivity (sensitive to infrared and ultraviolet light), would let me get optics close to the sensor (e.g. didn’t have all the mirror & gubbins of an SLR), had a relatively large sensor size, had decent video and manual exposure control, and ideally buttons so that I could interface the system with some custom hardware that mimics button presses if necessary. The Samsung NX1000 seemed to fit the bill; a 20.3 MP APS-C size sensor, cost about £70 second hand. Most CMOS & CCD sensors are a bit sensitive to UV and highly sensitive to IR, but manufacturers place a filter in front of the sensor to block these usually unwanted wavelengths out. This filter can be removed and then UV pass, visible pass and IR pass filters can be placed in front of the lens to photograph in any desired wavelength band.

The result of the NX1000 conversion is great. I’m very impressed by the quality of this camera’s photos, and its sensitivity to UV is pretty good – it seems about half as sensitive as my Canon 7D with the same lens and ISO, and perfectly able to film in UV on a sunny day with minimal noise.

Taking apart the camera body down to the sensor involves undoing the three screws that control the position of the sensor in the focal plane of the lens. This is set in the factory and if you move these screws you might struggle to get a uniform focus ever again. Even more of a danger is tearing a ribbon or damaging the electronics by accident, so don’t do this unless you’re aware of the risks.

Take out the battery & SD card for safety & to avoid short circuits.

Unscrew all the required screws. There are two screws on the right side of the body (one under the USB flap), one on the left, and three on the bottom (you don’t need to undo the screw nearest the front of the camera next to the tripod mount). Very gently prize off the rear casing with the screen. Don’t pull too hard because there’s a ribbon to undo that you might tear (at the top right of this photo). Use the tweezers to very gently pull the ribbon out of its connector. Some (but not all) of the ribbon connectors have a flap you need to pull up to release the ribbon:

Next, prize off the little metal cover on the flash shoe to reveal the two screws underneath and undo these screws:

Now you can take the top casing off: 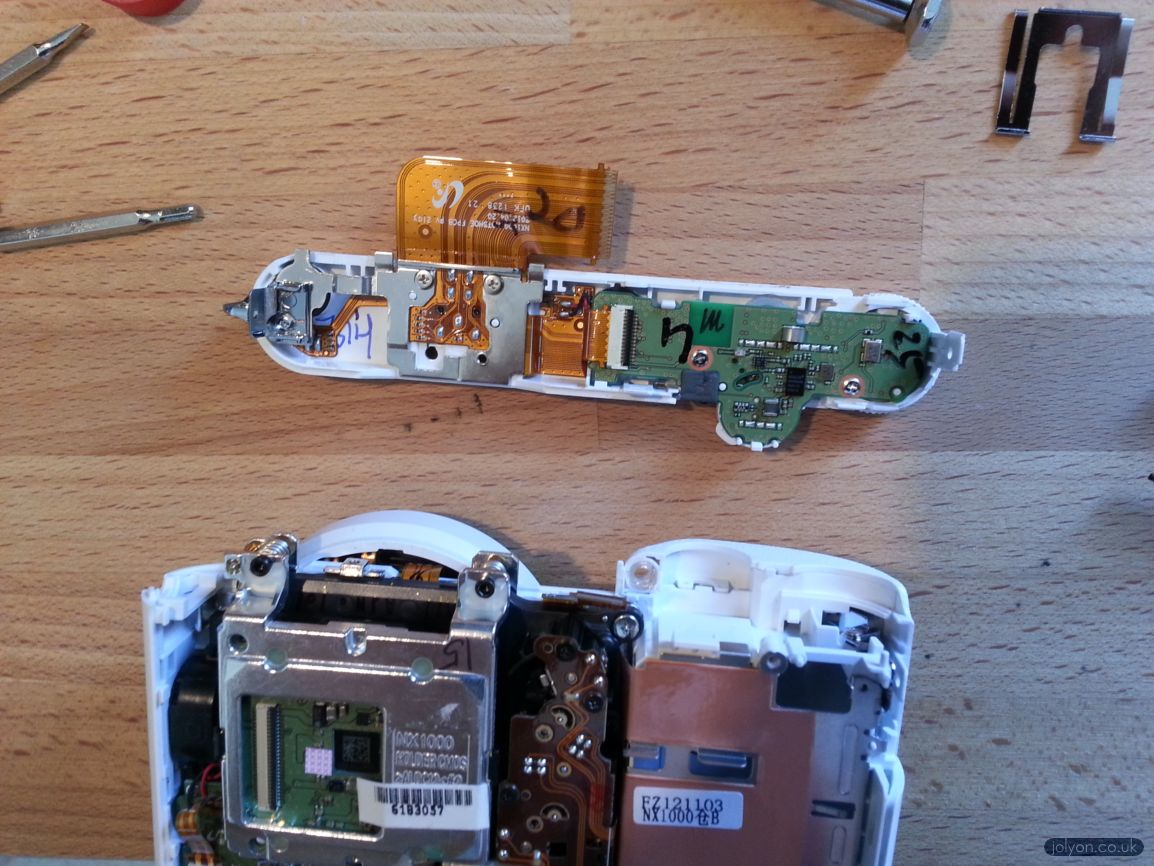 Once you’ve disconnected all the ribbons in the way (and one power connector) you’ll have access to the three hex screws securing the sensor housing. These tighten into springs to set the precise position of the sensor. 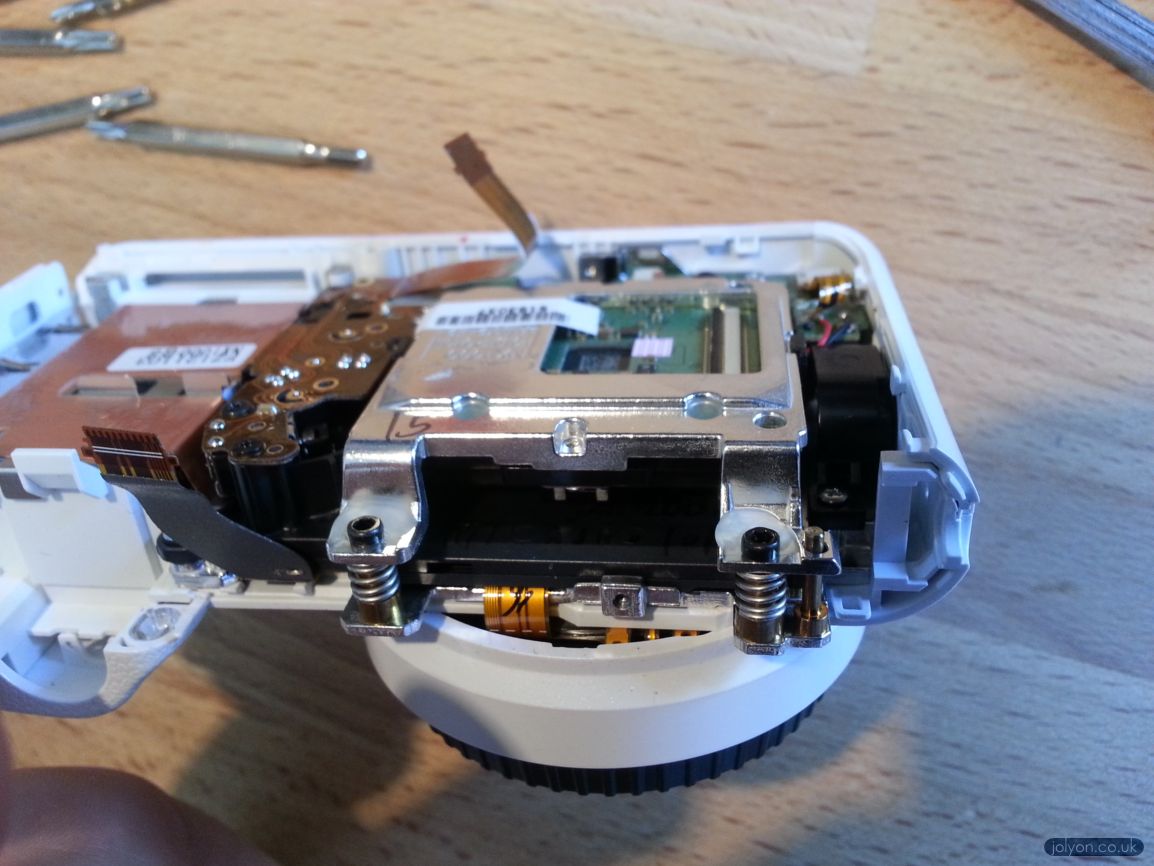 I used digital callipers to measure the distance between the sensor housing and the camera chassis (the length of the springs in the above photo). I made a note of these distances so I could re-set them later. Removal of the filter causes a change of focus, you can restore normal focussing by moving the sensor 0.6mm closer to the lens than these values you just measured. The distances for the screw at the bottom of the camera can be measured with the other end of the callipers (because there’s not space to get the normal end of the callipers in), measuring against the plastic casing.

Finally you can undo these three screws and take off the sensor housing. Remove the two little screws securing the sonic dust cleaner and IR/UV blocking filter. 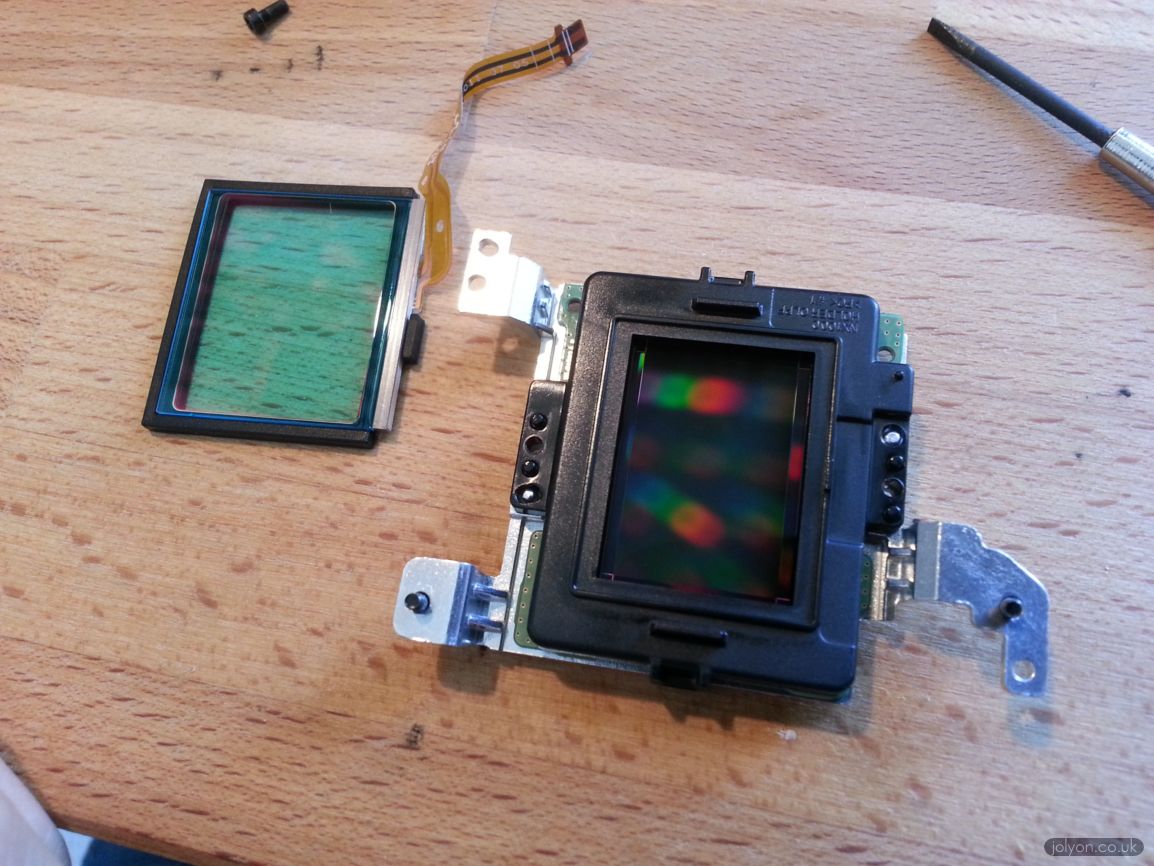 I removed both the IR/UV blocking filter and the sonic dust cleaner for maximal spectral sensitivity. Camera conversions would now often replace the filters with a clear (e.g. quartz) filter for protection and to restore (roughly) the same refractive index in front of the sensor. But I’m using manual lenses with plenty of freedom to move the lenses back and forth, so didn’t bother sourcing the clear filter and it focuses perfectly.

This conversion revealed a fair amount of light leaking onto the sensor from the camera itself. This only occurred on long exposure shots, and resulted in a bright haze on the image. This was presumably due to light from the camera’s circuitry and screen. To remove the effect I used some black PVC insulation tape to make a light-blocking skirt around the sensor. 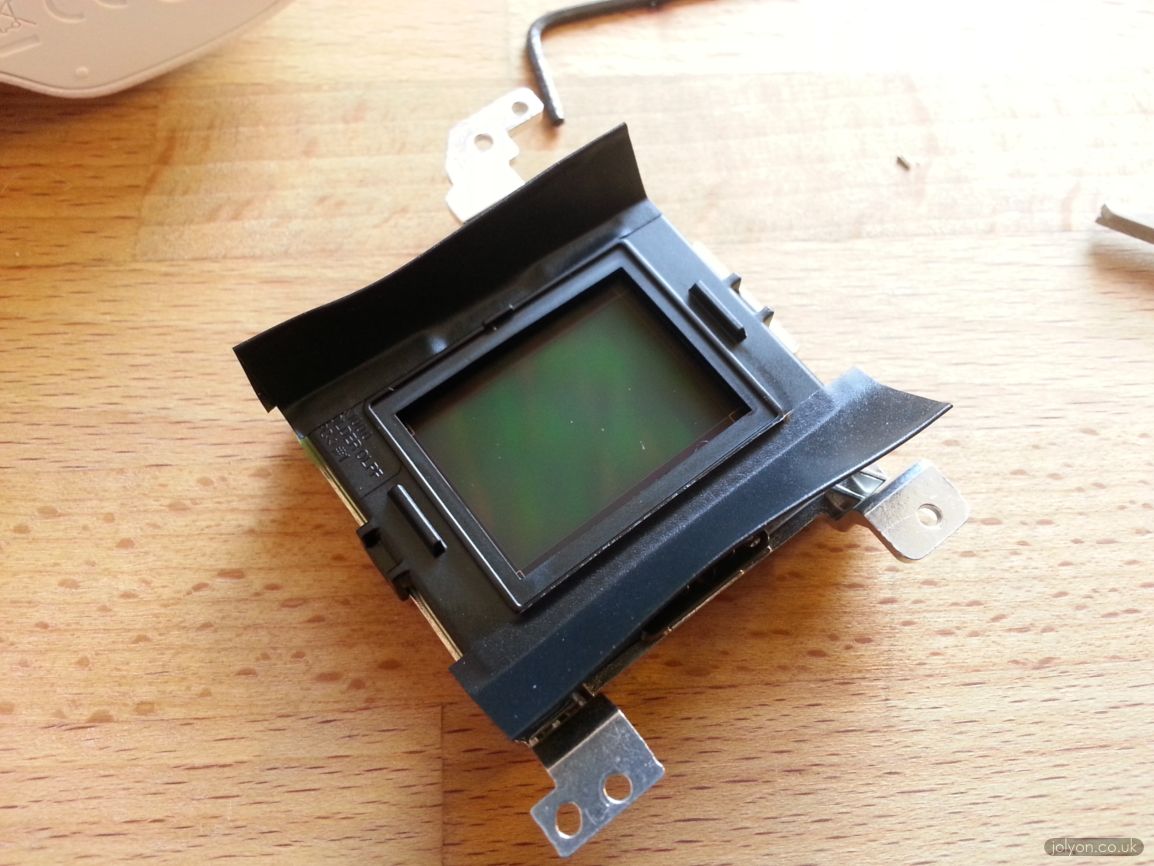 Make four flaps, folding the tape back on itself. 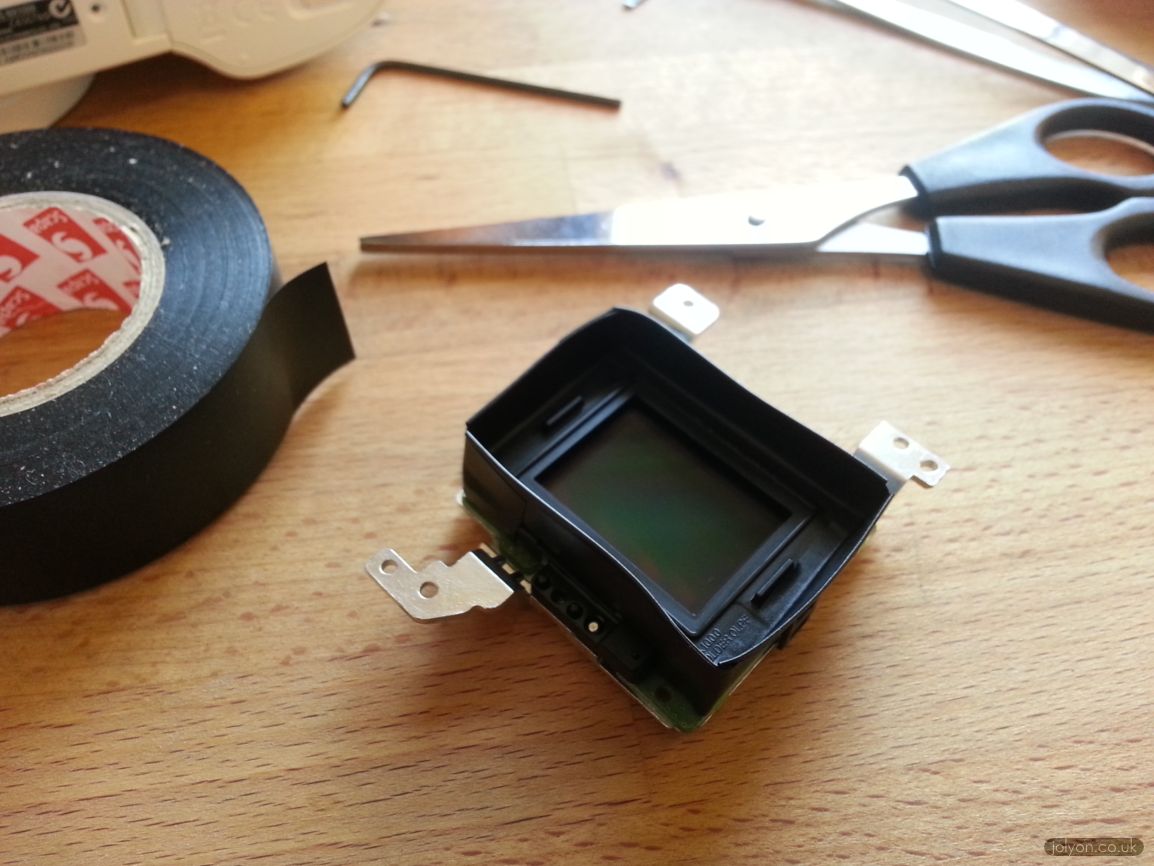 Finally, make cuts in each corner of the skirt so that the skirt can fold away from the camera body. About 5mm from the plastic should do.

This modification completely stopped light bleeding onto the sensor from elsewhere and takes long exposures perfectly.